We had a full house during our February 10th potluck supper. Great food and fun making collages from paste paper with Ann Hicks. Before beginning the project, Ann shared a story about creativity with the students. The story is inserted below, after the picture.

Join us for the March 10th potluck and MEET THE (asian long-horned) BEETLES and other invasive insects. 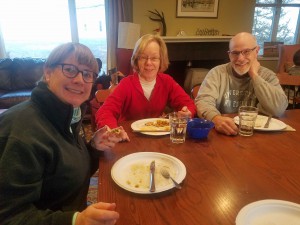 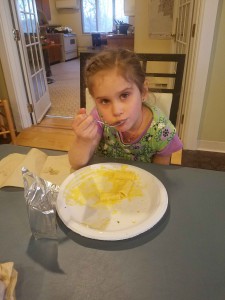 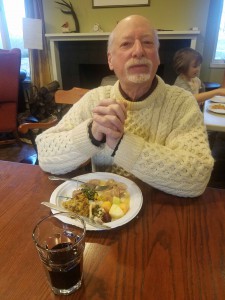 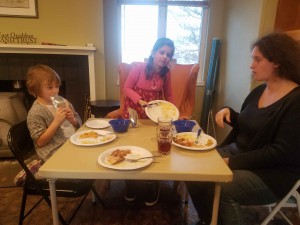 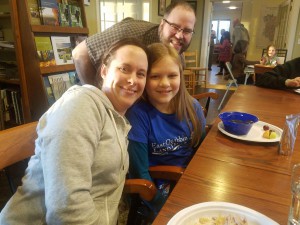 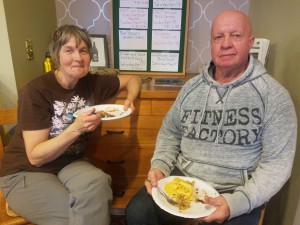 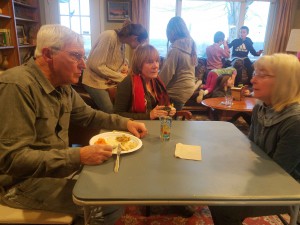 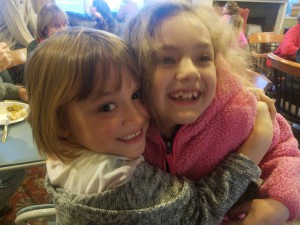 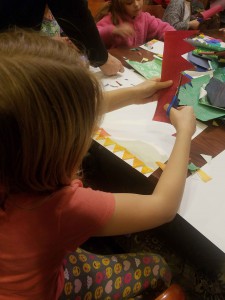 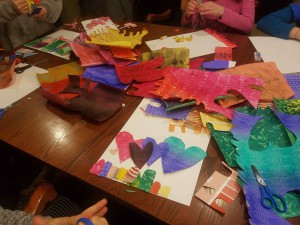 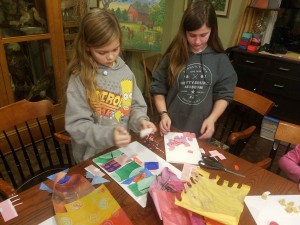 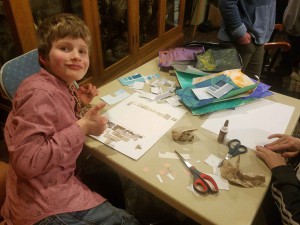 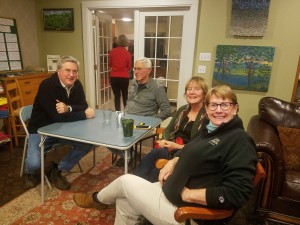 The Kid Who “Got” Things

Once there was a kid who “got” things—like the hiccups, or a friend’s corny jokes, or a stomach ache from eating too much. Last summer the kid forgot the rule about the ‘leaves of three’ and got poison ivy.

Now, what to do with this idea?

“I want to make it!” the kid said. It was just too good an idea to hang around un-made.

So the kid got to work, making one part, making another part and then putting the parts together. By late afternoon it was looking pretty good. It felt pretty good too, and the kid was happy.

But oh. What happened? The thing looked different. Somehow, the bird song, guitar solo, jump up and down idea looked sort of flat and boring.

The kid was sad now, and started to have one of those mopey days where it seemed like everything was going wrong, and there was no way to fix anything.

“What kind of stinky world is this, where good ideas can’t turn real?”

The kid kicked the dirt and pouted some more.

Wouldn’t you know it, before too long the kid’s family started giving advice.

“When something’s got you down, it’s time to roll up your sleeves and get to work.”

“When the going gets tough, the tough get going.”

“Discipline is the gift that keeps on giving.”

“All roads that lead to success have to first pass down ‘Hard Work Boulevard’.

Man, they had a million of them.

And then the kid got just a tiny bit angry.

Well, now this is the part of the story where the kid gets an epiphany. Do you know what an epiphany is? It’s an idea—an idea that gives you the answer to a problem.

So the kid got an epiphany. It came out of nowhere. Suddenly the kid knew what to do.

“I don’t have to know how to fix the problem before I start working. I will find the answer BY working! I will try everything I can think of; something’s got to work.”

So the kid started making more parts. And started putting all those parts together in different ways. The kid didn’t stop making things and soon forgot about solving the problem. It was just so much fun making all that stuff. And in the end, the kid didn’t have just one magical thing—there were three—or maybe four if you put them together the other way around.

Now the kid was happy again. Not only for having made some cool things, but for learning a bit about the mystery of creativity.

How does an epiphany work? How can a solution to a problem come out of nowhere? It makes no sense. Well, believe it or not, during all that teeth brushing, dinner eating and sleeping, the kid’s brain was working on the problem.

Did you know that scientists estimate that only 2 to 5 % of our thinking is conscious? While you are doing your daily activities, the unconscious part of your brain, the other 95% or 98%, is often working to solve problems. So making things while letting your brain work out problems is an important part of creativity.