We had a terrific walk at the Mass Central Rail Trail today – a beautiful sunny afternoon, with clear air and mild temperatures. We started from the former New Braintree train station at the intersection of Hardwick and West Roads and headed towards Wheelwright. Our annual group photograph was taken on the pony truss. The group walked along the rail trail up to Maple Street and then took the short loop trail over to the Ware River, and back again to the rail trail. It was great to show so many people the new loop section recently opened for walkers. A number of people walked past the train station and continued down to the lattice truss or beyond, at least 4 miles of walking, if not a bit more. A great way to start 2017 outdoors! 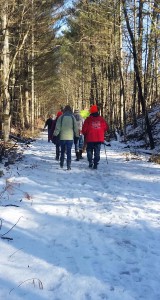 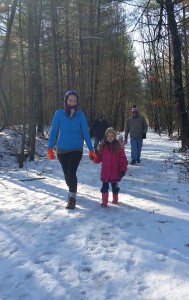 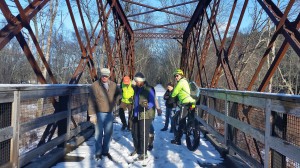 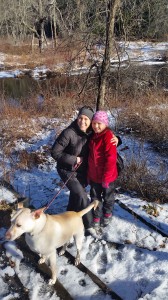 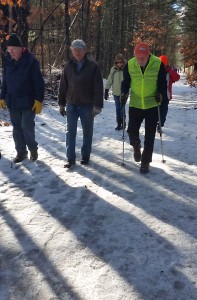 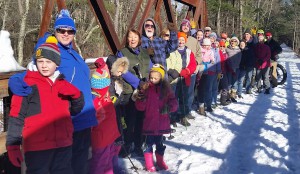